Cucciolo - The Clinic of Horrors 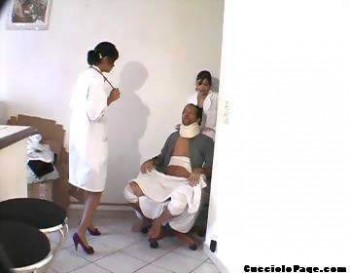 After his car accident, Cucciolo was rushed to a clinic with bruises and wounds especially on his knees, chest, neck and face. The two young doctors that receive him, should take care of Cucciolo but things won’t go that way. In fact, his admission to this clinic will be a real nightmare as the two doctors from hell will torture his neck trying to strangle him with their feet and to pierce it with their heels, they’ll jump on his bruises, they’ll step on his face full of wounds, they’ll try to split the ligaments of his knees by standing on them while he is forced to stretch his legs on a chair (look at the pics with his legs folding dangerously under their full body weights). And again, they’ll force him to lay down as a dog and they’ll his spear his back by walking on it, they’ll crush his arms and hands under their heels, they’ll order him to lick their boots and feet, they’ll torture his stomach and nipples and much more. When finally they put an end to his agony, as they suffocate him deadly with their feet and they cover his body with a white sheet the film ends with the cleaning woman of this clinic of horrors that walks on his corpse joyfully… 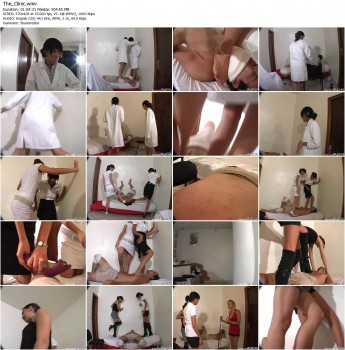